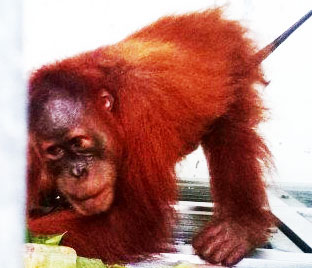 The police is still  investigating the role of the three perpetrators including the possibility of other actors involved in this illegal wildlife trade . 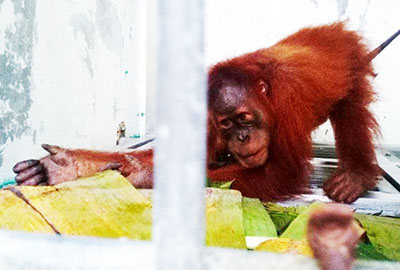 This orangutan is a victim of illegal wildlife trade. (Photo: BBKSDA-SU)

After the confiscation by the BBKSDA-SU and police, this orangutan is now under the care of the Sumatran Orangutan Conservation Programme (SOCP) in its quarantine in Batu Mbelin, Sibolagit. (Photo: Ant.) 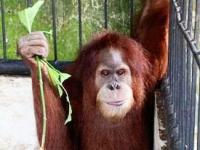 Keeping an Orangutan Illegally the Inactive Regency Head of Langkat Will Face up to 5 Years in Jail (February 3, 2022)