Approximately 5.000 illegal birds were on sale in Purbalingga Wildlife Market, Purbalingga Regency of Central Java province in Indonesia. This was discovered by Senior Investigator from Scorpion Foundation on Thursday (6th of October 2016). Following the visit to this market, Scorpion reported its finding to the Law Enforcement Directorate General at the Ministry of Environment and Forestry on Friday (7th of October 2016).

During the visit to the Purbalingga market, the Scorpion Investigator also found 2 slow lorises (mother and infant) on sale openly in a shop.

While in the market, Scorpion checked with some shop owners if the birds in their respective shops were covered with transportation documents (SATS-DN) from the Wildlife Authority (BKSDA) of the Ministry of Environment and Forestry. No one had the documents. The birds are illegal because they are not covered with SATS-DN. 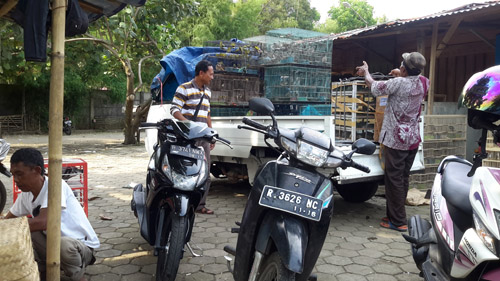